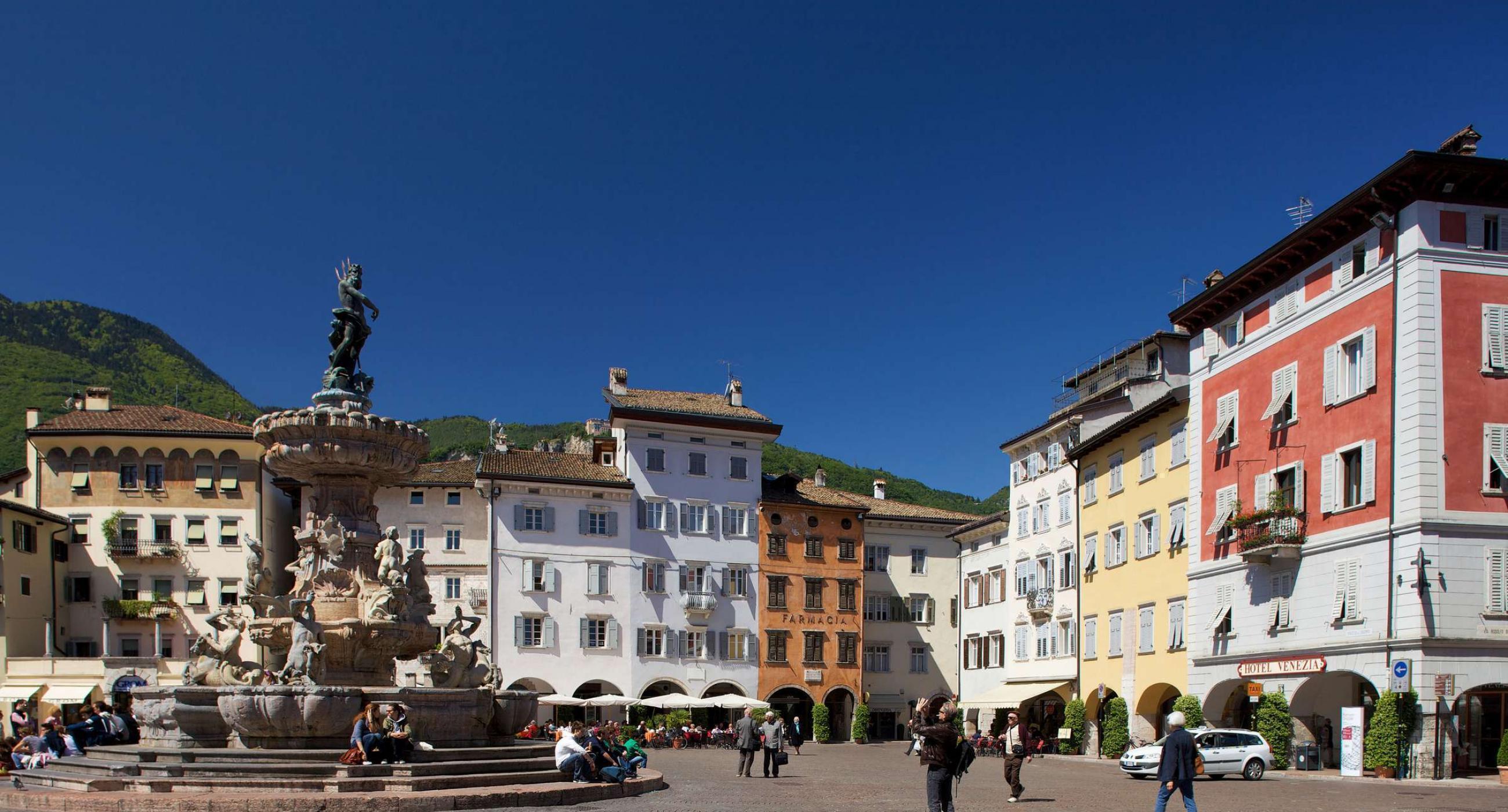 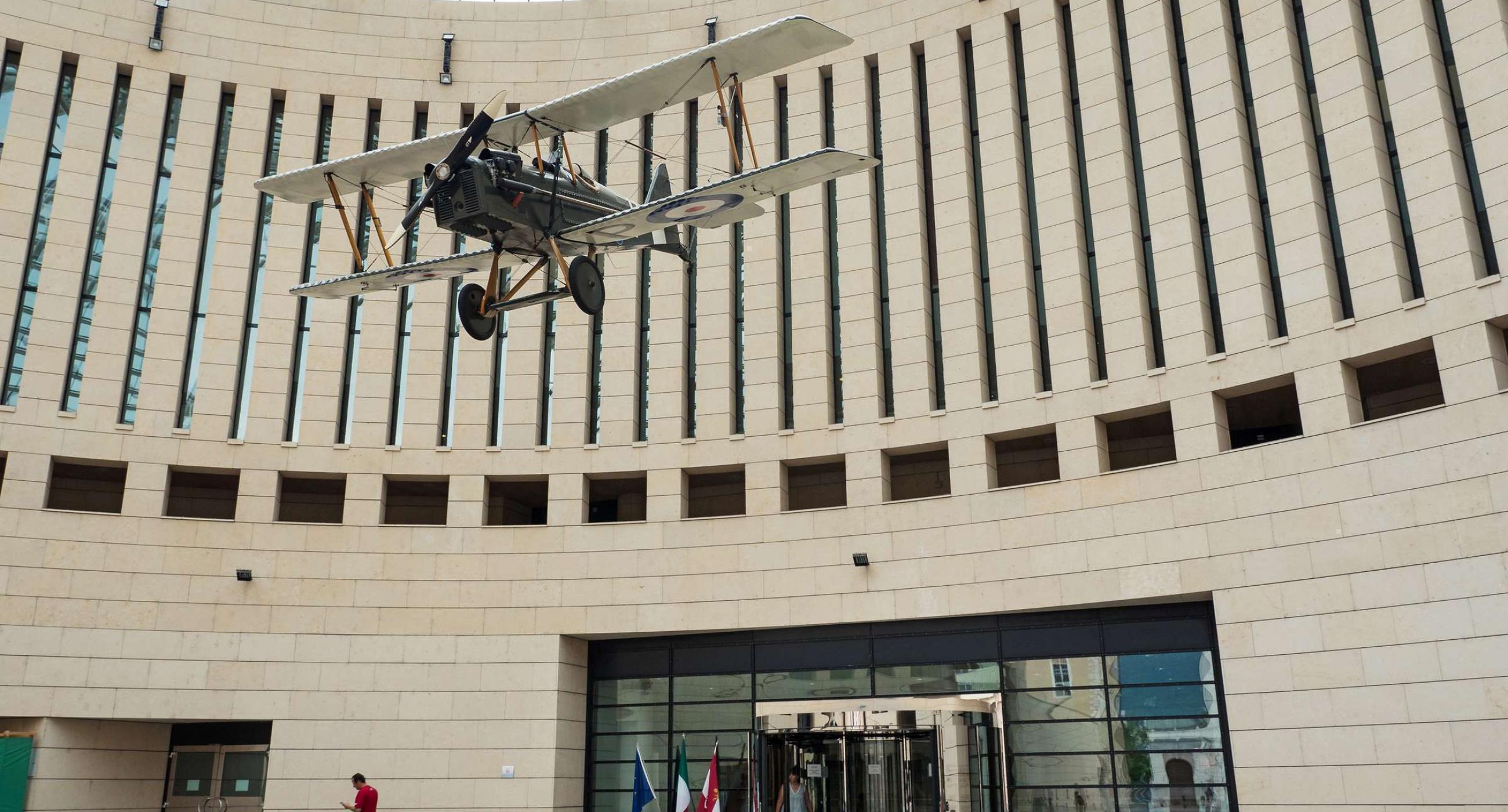 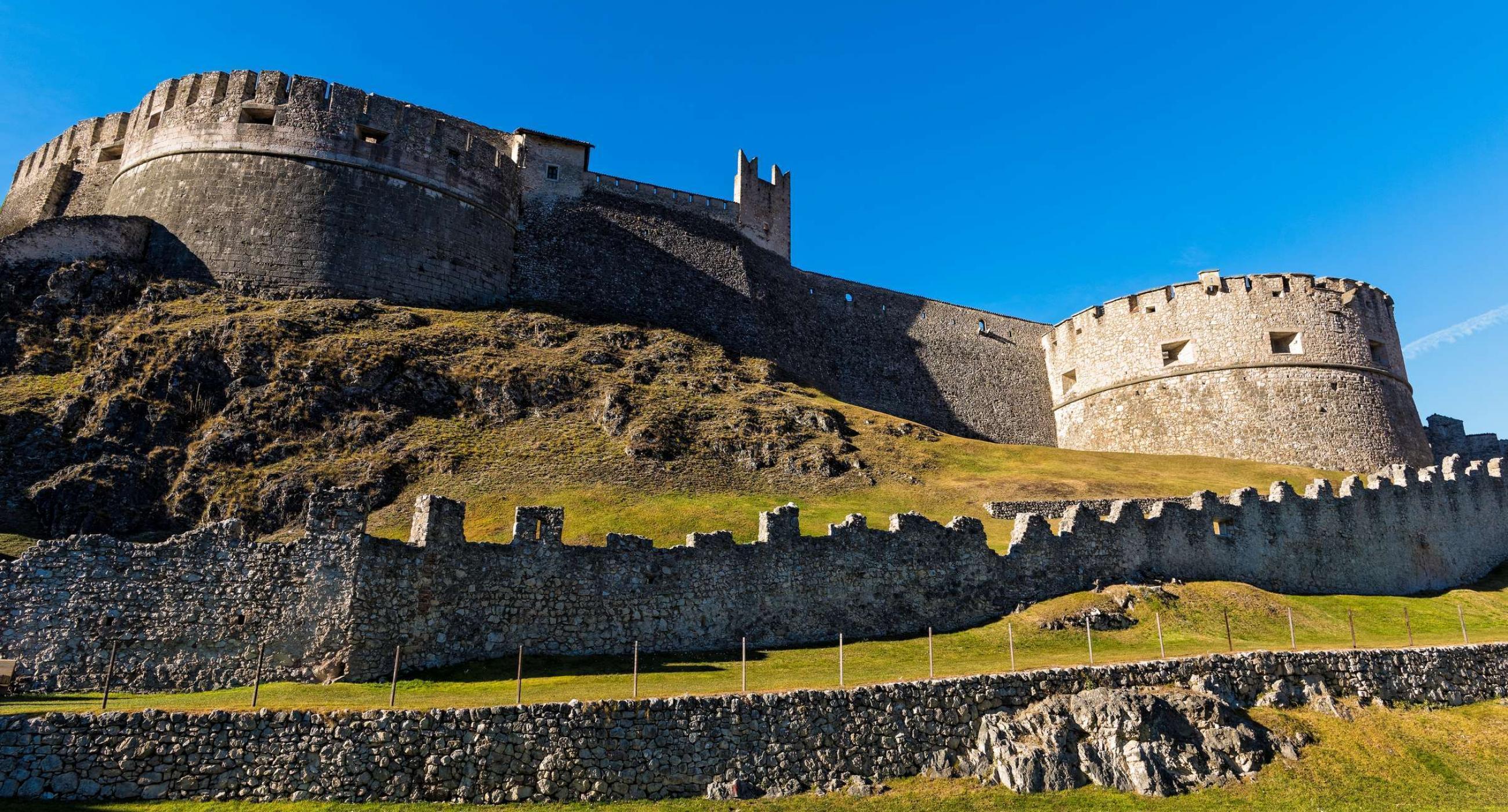 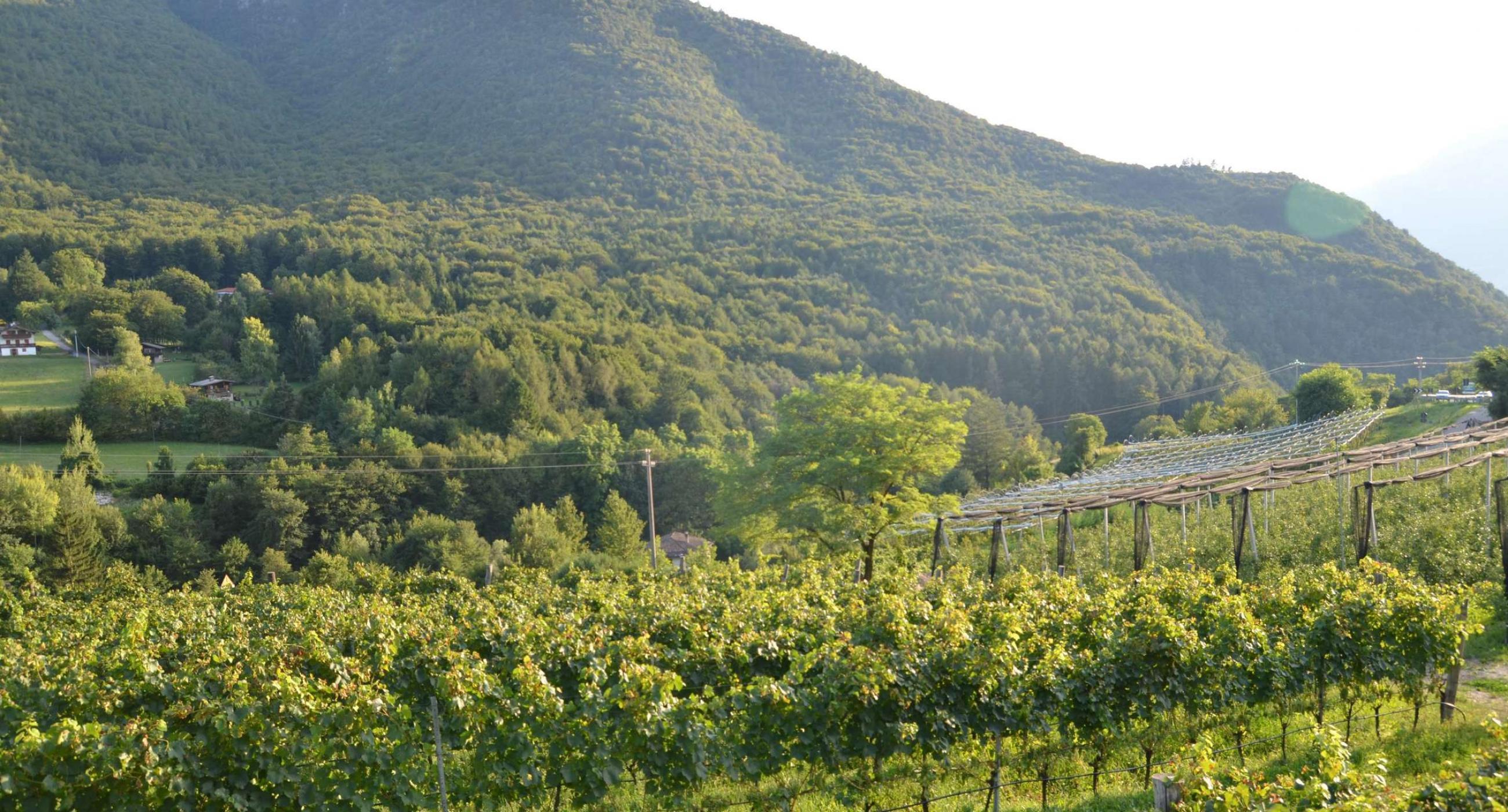 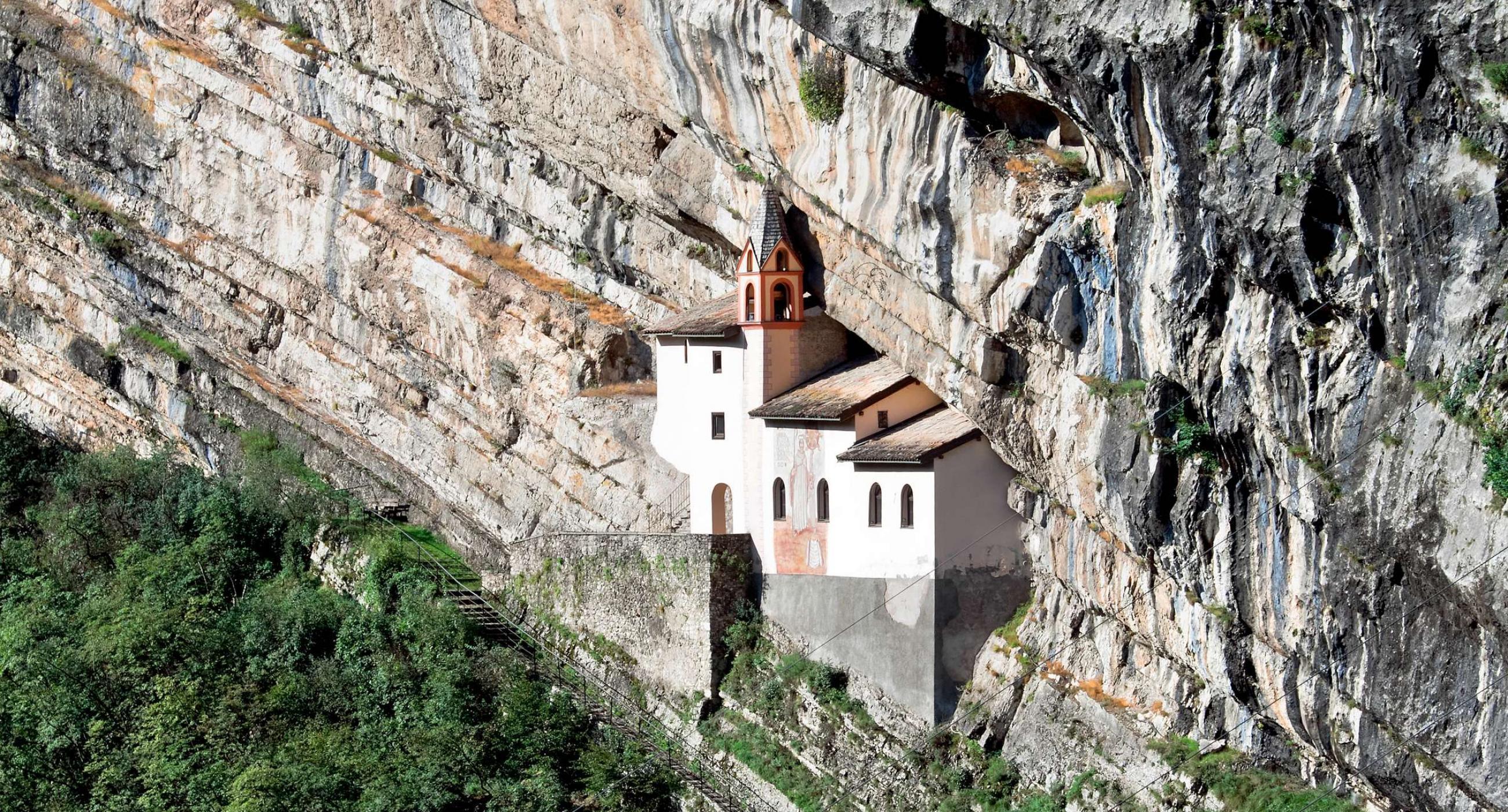 Rovereto & Trento: Art & Culture along the border towns between Latin and German worlds.

Arrival at the the airport and welcome meeting with our assistant. Private transfer to Trentino Region, with a first stop in Vallagarina, visiting the Hermitage of San Colombano. It can be reached by climbing up a short path carved into the rock. The Hermitage of San Colombano is built halfway up a sheer cliff face of approximately 120 metres high.Sheltered by a roof of natural rock, it is dedicated to the saint who, according to legend, as a young knight killed the dragon that caused the death of children baptized in the waters of the river Leno below. Check in accommodation, dinner and overnight.

Hotel breakfast. Full day excursion to Rovereto Town. We begin from MART museum - Museo di Arte Moderna e Contemporanea di Trento e Rovereto [Museum of Modern and Contemporary Art of Trento and Rovereto], a fantastic journey through contemporary art. Mart’s main venue is wedged between two 18th century palaces, in a building designed by the Swiss architect Mario Botta with the collaboration of Rovereto-born engineer Giulio Andreolli. The displays, regularly renewed, of Mart’s Permanent Collection offer masterpieces of futurist artists like Giacomo Balla, Umberto Boccioni, Carlo Carrà, Fortunato Depero, Enrico Prampolini, Luigi Russolo, Gino Severini and also important works of many important artists of the italian Novecento like Felice Casorati, Giorgio de Chirico, Fausto Melotti, Giorgio Morandi, Medardo Rosso, Alberto Savinio, Mario Siron. Lunch on your own. In the afternoon, we’ll visit  Fortunato Depero, House of Futurist Art: Rovereto hosts a museum-workshop quite unique in Italy, which brings to life a project conceived by the artist himself. The Casa d'Arte Futurista Fortunato Depero is part of Mart and it was inaugurated in January 2009 on the occasion of the centenary celebrations of Futurism. Not just a museum, but a workshop that realizes in full the project conceived by Depero in 1919 and only partially realized in 1959, a year before his death. The only example in Italy of a futurist museum created by a futurist himself, based on an irreverent and prophetic project: innovation, irony and the dismantling of all hierarchy in the arts. Depero, true pioneer of contemporary  design, took personally care of every detail: mosaics, furniture, painted panels. Return to the hotel. Dinner and overnight.

Hotel breakfast. Excursion to Trento. Meeting with our guide and visit to the city centre. History, culture and nature: these are the three pillars that form the foundation of Trent, the capital city of Trentino- Alto Adige region, counting about 120,000 inhabitants. We depart from Buonconsiglio Castle: is the largest and most important monumental complex of the Trentino Alto Adige region. It was the residence of the prince-bishops of Trento from the 13th century to the end of the 18th century, and it is composed of a series of buildings of different eras, enclosed by walls and positioned slightly higher than the city. At the extreme south of the complex is the Torre Aquila, within which is conserved the famous Cycle of the Months, one of the most fascinating secular pictorial cycles of the late Middle Ages. Lunch on your own. In the afternoon we will visit the Tridentine Diocesan Museum, located right downtown in Trento, close to the San Vigilio Cathedral, in the Palazzo Pretorio, which was in the Upper Middle Ages residence to the Prince-Bishops of Trento. Established in 1903 to house Diocese's artistic heritage, the Museum also hosts the early Christian basilica of San Vigilio, as well as the archeological artefacts dug out from the Cathedral ground between 1964 and 1977.

The museum's permanent exhibition features a collection ranging form the thirteenth to the nineteenth century of  paintings, wooden sculptures, tapestries and manuscripts, as well as a selection of vestments and the treasure of the Cathedral. All the collections are arranged in chronological order, by author or by cultural ambit. Return to the hotel. Dinner and overnight.

Hotel breakfast. This morning we will explore CASTEL BESENO, standing atop a hill between Rovereto and Trento, in the town of Besenello. Thanks to its strategic location along the road connecting Italy to Central Europe by crossing the Alps, it was the scene of important battles. Here we find the permanent exhibition, in the halls of Palazzo di Marcabruno, which illustrates the Battle of Calliano, by means of reconstructions, videos and models. Observe the copy of the tombstone of the famous warlord Roberto da Sanseverino, who lost his life in this battle. Also notice the painted crests in remembrance of Tyrolean noble who fought in the battle, the first to see the terrible Landsknechts come onto to scene. Then try on and handle the weaponry of the period between the 15th and 17th centuries, and discover all the combat techniques of that time. After the visit we will reach the RESTAURANT IL BOSCO DEI PINI NERI and here we will participate to a COOKING CLASS lesson. We will enjoy a typical dish. Departure to the airport.