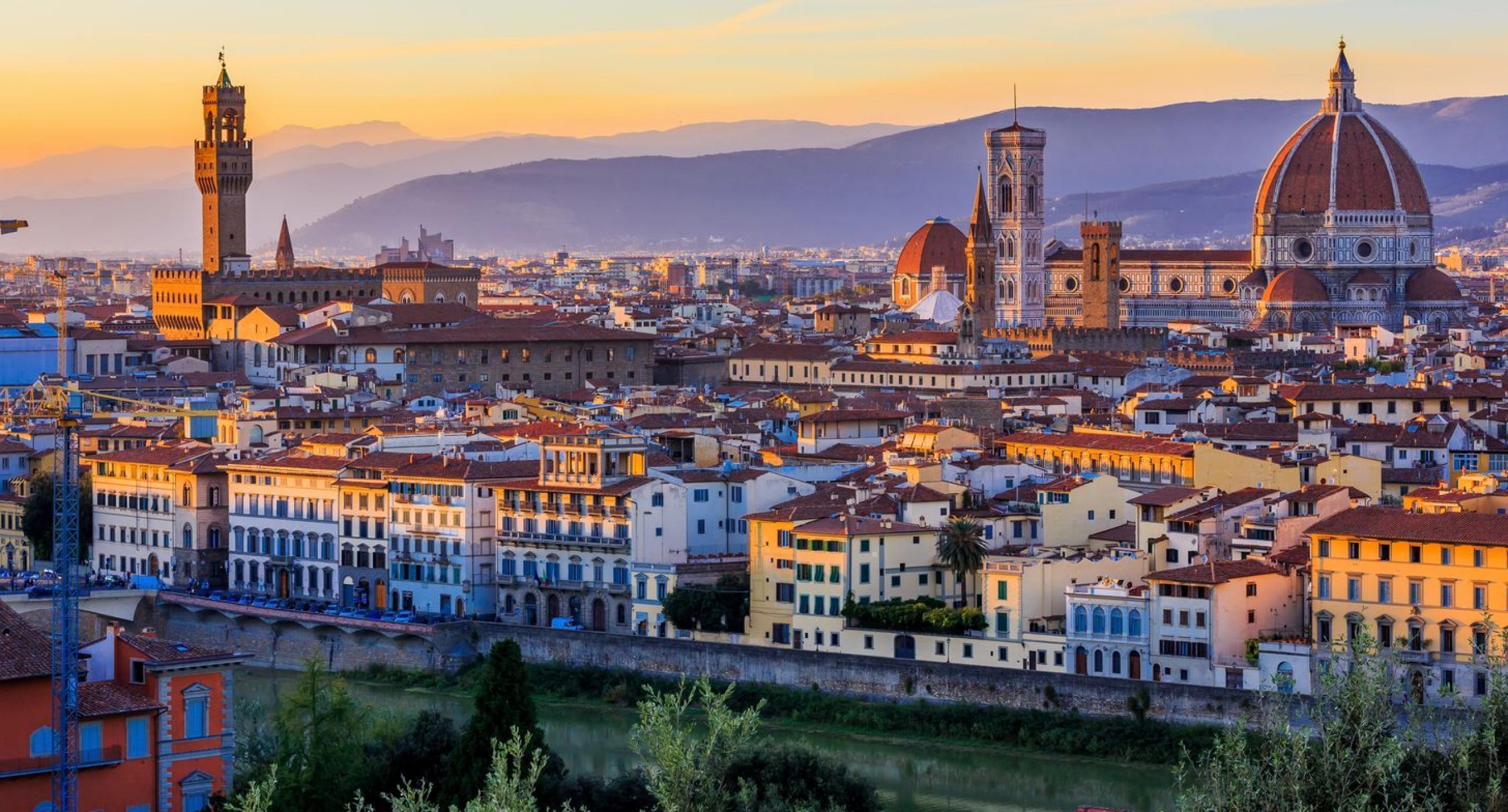 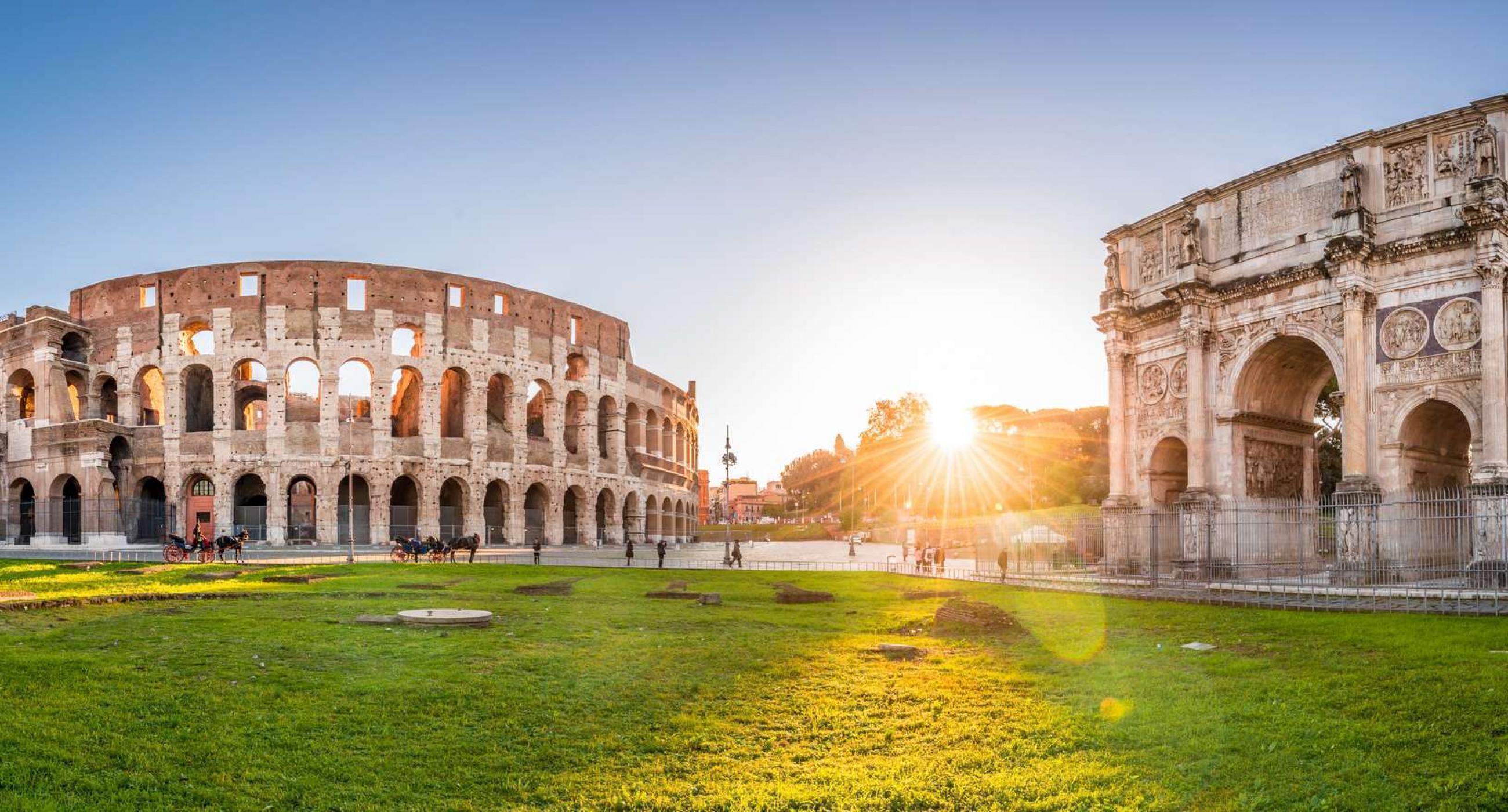 This journey will take you to iconic Italian marvels and sacred sites, medieval villages, lavish churches and the wealth of Renaissance art and architecture. From fast-past metropolis and fashion city of Milan to ancient ruins of Rome, beautiful cities of Verona, Siena, Florence and rolling hills of Tuscany. You will savour the tastes of Bologna in the largest food park in the world - FICO and wonder through mystical and silent town of Assisi, the birthplace of St. Frances.

Breakfast at the hotel. Somebody says: If you love someone bring them to Verona! Unique and charming, this city has no need for introduction. Unesco Heritage since 2000, it has such a small, compact, walkable centre with so much to see but without the crowd of other cities. Sights include: the Castelvecchio, the Arena (well preserved), the Roman Theatre, Piazza delle Erbe with its frescoes (and market), Piazza dei Signori (also known as Piazza Dante because of the statue of Dante), Piazza Bra with the wide “listone” and all the cafes and restaurants, the Scaliger Tombs, Giusti Gardens and all the churches! There are, of course, the Romeo and Giulietta connections all over the city. Today you have so many to choose from! Have a hop on/ hop off city tour of Verona or spend the whole day to discover romantic Venice or Garda Lake and its natural beauty. Dinner on your own. Overnight at the hotel.

After breakfast departure to Bologna and stop in FICO. FICO Eataly World is the world’s best Italian food experience. In Bologna, on 100,000 square meters, agri-food park showcase the wonders of Italian biodiversity, from field to fork: 2 hectares of educational fields and stables with more than 200 animals and 2000 cultivars to understand Italian agriculture; 40 farming factories to witness the production of meat, fish, cheese, pasta, oil, sweets, beer and many Italian products; a choice of over 45 different restaurants, from street food kiosks to starred restaurants to taste the best of Italian food and drinks; 6 educational Carousels dedicated to fire, land, sea, animals, wine and the future to learn and have fun; 30 events and 50 courses a day in classrooms, theater, and educational spaces. Optional Fico mini tours. In the afternoon continue to Montecatini. Located in the hearth of Tuscany, close to the majority of main cities, Montecatini is famous for its thermal waters and can be considered one of the biggest “spa towns” in Italy. Accommodation at the hotel, dinner and overnight.

Breakfast at the hotel and departure to Florence! Panoramic tour of the city with your tour manager. Florence is known to be the cradle of the Renaissance. Visit the heart of this incredible city with the beautiful Piazza del Duomo, the Cathedral of Santa Maria del Fiore, Giotto’s Bell Tower, the Baptistery of St. John, and Santa Croce, the 13th century Franciscan Church with Cimabue’s famous crucifix. Florence city center is mainly pedestrian, comfortable shoes are recomended. Lunch on your own and some free time for shopping. Afternoon optional tours will be suggested by your tour manager. Return to Montecatini, Dinner and overnight.

Breakfast at the hotel and departure to Rome - The Eternal city! Along the way stop in Siena beautiful medieval city. Visit the historic center with its narrow streets and the Piazza del Campo, one of the most famous squares in the world thanks to its cathedral and the famous Palio horse race. Leaving Siena continuation to Assisi. Explore and let your tour leader talk about the history, art and local traditions of one of Italy’s most famous hills. From this incredible panoramic view, you can admire one of the most beautiful views of the medieval fortress town. Continue by strolling through the alleys and medieval squares of Assisi, until you reach the Duomo di San Rufino, the Basilica of Santa Chiara and the Piazza del Comune, the city’s main square. The tour continues with the visit of the Basilica of San Francesco, especially known for the frescoes of the 13th and 14th centuries realized by the best Italian artists of the time, including Giotto. Arrival in Rome, accommodation at the hotel. Dinner and overnight.

Breakfast at the hotel. Full day at leisure to discover Rome and its surroundings. Rome the city of Emperors, Artists and Popes. Do not miss the chance to visit its countless monuments, churches, fountains and squares. Get lost in its millennial history! Optional Tours suggested: Imperial Rome or Vatican Museums & Sistine Chapel or Christian Rome or Rome by Night...

• Flights • Trains • City tax (to be paid directly at the hotels) • Lunches, drinks at dinners except water, entrance fees, tips, extras • Anything else not mentioned as included.