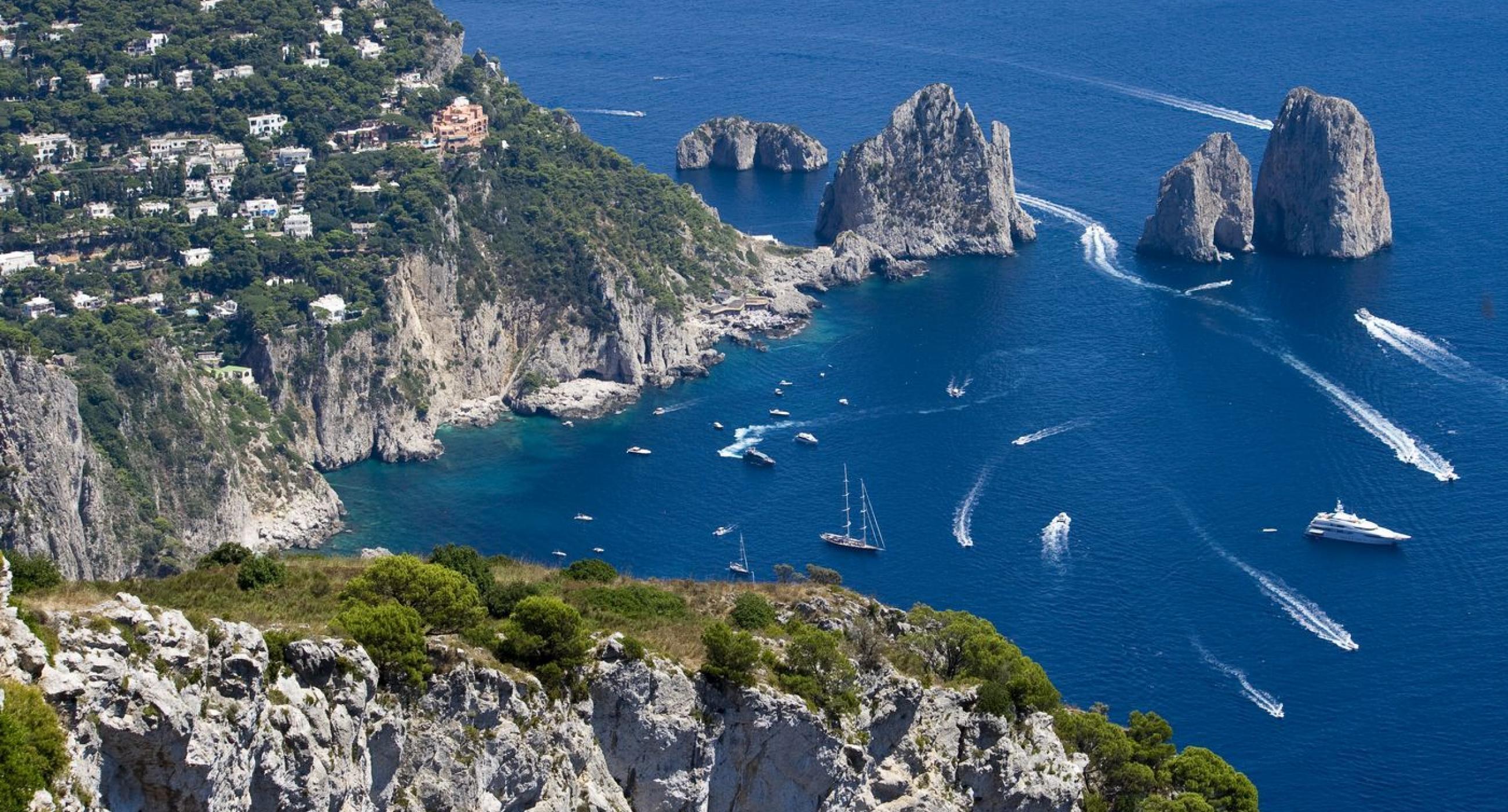 Arrival at Rome airport and welcome by our English speaking assistant. Private transfer to the hotel. Dinner and overnight at the hotel.

Hotel breakfast and meet with English speaking guide for a full day tour of Rome, the capital of Italy and also of the Lazio Region. Rome’s history spans more than 2500 years, since its legendary founding in 753 BC and it is referred to as “The Eternal City”. In the ancient world it was successively the capital city of the Roman Kingdom, the Roman Republic and the Roman Empire, and is regarded as one of the birthplaces of Western civilization. You will see the Fori Imperiali, the Colosseum, Constantine’s Arch, and all the other most astonishing sights of Ancient Rome. Lunch on your own. Time for a stroll in Piazza di Spagna, with worldfamous Trinità dei Monti steps, take a picture by the Trevi Fountain, Piazza Navona and, finally reach the Pantheon. Return to hotel, dinner and overnight.

Hotel breakfast. Morning visit of the Vatican Museums, originated as a group of sculptures collected by Pope Julius II (1503-1513) and placed in what today is the “Cortile Ottagono” within the museum complex. Continue your sightseeing with the visit of the Sistine Chapel, without doubt one of the greatest art treasures of all time, one of the most celebrated masterpieces in the world, with amazing frescoed ceilings by Michelangelo. It’s the last stop on the Vatican Museum tour and is the most ardently awaited moment for millions of tourists from around the world. Lunch on your own. In the afternoon time for free or option visit of the 3 most important cathedrals in Rome: San Giovanni in Laterano, Santa Maria Maggiore and San Paolo fuori le Mura. Late afternoon transfer to Naples, hotel check in, dinner and overnight.

Hotel breakfast and leave for Pompei, visit the archeological museum and see how life was before the vulcano Vesuvius hit in 79 B.C.: the alleys, the town forum, the bakery, the spas, the homes, a perfect reconstruction of family life at that time. Lunch on your own, in the afternoon panoramic tour of Naples the capital of the Italian region Campania and the third-largest municipality in Italy, after Rome and Milan. It is one of the oldest continuously inhabited cities in the world. Bronze Age Greek settlements were established in the Naples area in the second millennium BC. Naples’ historic city centre is the largest in Europe, is enclosing 27 centuries of history, is listed by UNESCO as a World Heritage Site. Naples has long been a major cultural centre with a global sphere of influence, particularly during the Renaissance and Enlightenment eras. Back to your hotel. Dinner and overnight.

Hotel breakfast. Transfer to the pier where you will embark on the ferry going to Capri, one of the most spectacular islands on the Mediterranean Sea, right in front of the Sorrentine Peninsula. Enchanting and picturesque, Capri is an island made of limestone rock, a favorite of Roman emperors, the rich and famous, artists, and writers, it’s still one of the Mediterranean’s must-see places. The island’s top attraction is the famous Blue Grotto, Grotta Azzurra. Beaches are scattered around the island. There are only two towns -Capri, just above Marina Grande, and Anacapri, the higher town. Lemon trees, flowers, and birds are abundant and altogether privide that special Capri atmosphere. Spend the whole day on the island where you will have a panoramic tour and lunch on your own. You will also enjoy some spare time to do some shopping in the small boutique shops the world’s jetsetters love so much. Return back to the mainland for dinner and overnight at your hotel.

Hotel breakfast. Whole day at leisure to explore the city on your own or option excursion to the Amalfi Coast. Panoramic tour along a coastal stretch with an explosion of Mediterranean colours and scents, stop in Amalfi, Positano and Sorrento. Lunch at your leisure. In the late afternoon, leave from Naples to Palermo in Sicily by ferryboat. Dinner at your leisure. Cabin accommodation on board.

Breakfast at your leisure on board. In the morning, half day guided tour of Palermo. Its original name (Panormus) means large port and it was a meeting point between East and West. You will see the Cathedral, which houses the tomb of the Norman Kings and the Swabian Emperor Frederick II, and the Church of San Giovanni degli Eremiti. Lunch on your own and depart to Monreale, to visit the astonishing Duomo, which, thanks to its mosaics, is often called “The eighth wonder of the world”. Return to Palermo, dinner and overnight in the hotel.

Hotel breakfast. Departure for Eryx, one of the major cities of the Elymian people, one of the three indigenous native groups of Sicily. Eryx is mentioned by Latin poets, like Virgilio, as a mountain of the first order of magnitude, and is associated with gods like Athos and Atena. On its summit stands a celebrated temple of Venus or Aphrodite, founded, according to the current legend, by Aeneas. Free time for lunch and then reach Selinunte for a guided tour of the “Collina Orientale”, home of many temples and of the Acropolis. Transfer to your hotel in Agrigento area. Check in, dinner and overnight.

Hotel breakfast. Morning guided tour of the Valley of Temples, which boasts one of the greatest treasures that Greek civilization created in the ancient city of Acreages, during its most glorious period (5th Century B.C.) The most important temples are dedicated to the goddesses Juno and Concordia, to the Legend of Hercules, to Olympic Jupiter and the twins Castor and Pollux. Free lunch and then continue towards Piazza Armerina, one of the most important archeological sites in Sicily. About 3 km from where the town is presently situated, visit Villa Casale, a Roman villa adorned with astonishing mosaics from the Roman Imperial Period. Transfer to your hotel in Catania area. Check in, dinner and overnight.

Hotel breakfast. Depart to Siracusa, rich in historical findings, a city divided into 2 parts: Ortigia Island (the ancient center) and Neapolis, the archeological site. See the Greek theatre, Latomie, the artificial Cave called “Dionysus’s Ear” and the Roman amphitheater dating from the 3rd Century AD. Free lunch and travel to Noto, the triumph of Sicilian baroque style. Guided visit of the historical city center with the churches San Carlo Borromeo and San Domenico and numerous noble palaces. Back to hotel, dinner and overnight.

Hotel breakfast. Morning panoramic tour of Catania, located right at the foot of the Volcano Etna. See Piazza Duomo, the very heart of Catania with the Cathedral and the Elephant Fountain, Via Crociferi, Municipal Palace, Chierici Palace, the Benedictine Monastery and Villa Bellini, with it’s beautiful gardens. Lunch on your own. In the afternoon panoramic tour along the Cyclops Coast with Aci Castello, Aci Trezza and Acireale. Hotel check in, dinner and overnight.

Hotel breakfast. Morning departure for Taormina, in the world famous Naxos Bay, site of the first Greek colony in Italy, with spectacular views of the Etna and the Calabrian Coast. Short visit of its Hellenic theatre, and then free time in the beautiful downtown with Piazza Corvaja and the Arab Tower. Travel to Palermo with short stop in Cefalù. Of greek foundation, it is a lively and beautiful town, as well as a major tourist attraction in Sicily, right at the very foot of the Monte Madonie. Lunch on your own. Late afternoon arrival in Palermo. Check in, dinner and overnight.

Hotel breakfast. Transfer to Palermo airport in time for your flight home, via Rome. End of Services.