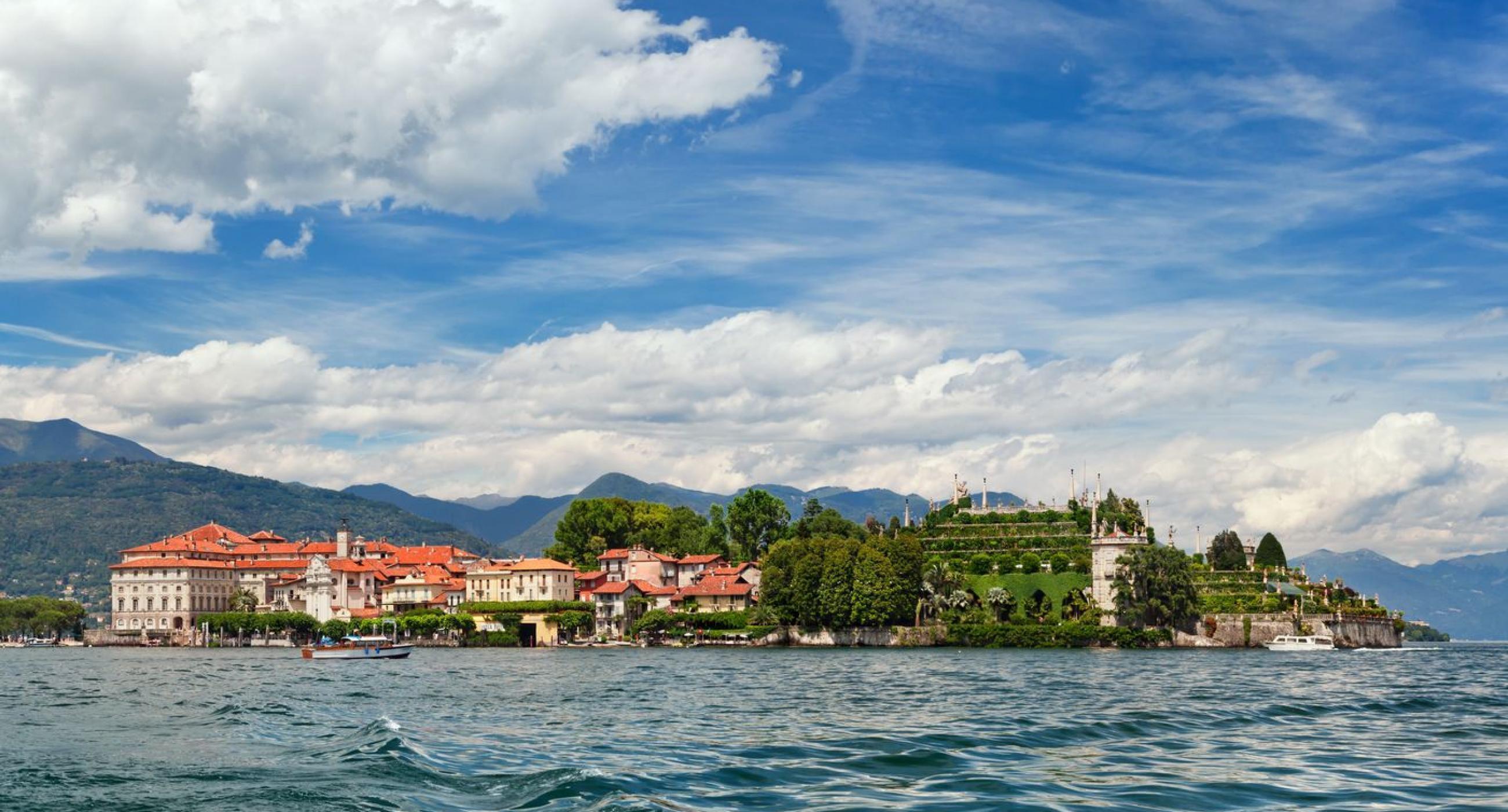 Best of Italy: from Milan to Rome, Venice and Florence

Arrive in Milan and meet with your English speaking assistant. Milan is the second largest city in Italy and the capital of the Lombardy Region. Hotel check in. Dinner and overnight.

Hotel breakfast. Start the guided city tour of this amazing city which combines art, fashion, style and finance. See the Duomo, the Vittorio Emanuele Gallery (called Milan’s lounge), the Scala opera House and the amazing Castello Sforzesco, once home of the Sforza family, and “The Last Supper” by Leonardo da Vinci, in Chiesa Santa Maria delle Grazie. Lunch is on your own. In the afternoon free time at disposal to enjoy your shopping in the most fashionable city in the world. You will be able to explore Via Montenapoleone and Via della Spiga, where all the great stylists’ boutiques are located, and see with your eyes what you normally see on catwalks. Transfer to Stresa, hotel check in, dinner and overnight.

Hotel breakfast and depart from the Stresa Pier to the Borromean Islands. Visit Isola Bella with the Borromeo Palace and its beautiful botanical garden. Until 1632 the island was a rocky crag occupied by a tiny fishing village: but that year Carlo III of the influential House of Borromeo began the construction of a palazzo dedicated to his wife, Isabella D’Adda, from whom the island takes its name. Then Isola dei Pescatori with its lovely landscape. Here the traditional occupation of fishing still exists, but tourism has become central to the economic life of the island, as its picturesque charms have made it a popular destination. Time at leisure for lunch. In the afternoon, continue navigation to the Isola Madre and visit its exotic garden, covering an area of eight hectares whose construction in the English style began in the late eighteenth century on the site of a citrus orchard. Particularly prized is the scala dei morti, or staircase of the dead. Evening return to Stresa. Dinner and overnight.

Hotel breakfast and leave for Lake Como, the third largest lake in Italy, after Lake Garda and Lake Maggiore. Lake Como has been a popular retreat for aristocrats and wealthy people since Roman times, and a very popular tourist attraction with many artistic and cultural gems. It has many villas and palaces (such as Villa Olmo, Villa Serbelloni, and Villa Carlotta). Many Vips have homes on the shores of Lake Como, which is widely regarded as one of the most romantic lakes in Europe. Meet the guide for the tour of Villa Carlotta, a neoclassical museum with a beautiful garden. Cross the lake by boat and arrive in world known Bellagio, called “the pearl of the lake”, setting of many important movies. Guided tour of Bellagio and then free time for lunch. Afternoon check-in at the hotel. Dinner and overnight.

Hotel breakfast and departure for Lake Garda, the biggest lake in Italy, one of northern Italy’s most popular tourist destinations. Arrival in Desenzano del Garda for the lunch on your own. Free time, you will also get the chance to stroll along the narrow city centre streets full of shops and boutiques. Transfer to hotel. Dinner and overnight.

Hotel breakfast. Depart towards Sirmione, with its picturesque Scaliger Castle from the 13th century. The Roman poet Catullus had a villa here, and you will also see the ancient Roman Spa named “Grotte di Catullo”. Lunch at leisure and in the afternoon free for leisure or optional excursion to Parco Sigurtà, which covers an area of 600,000 square meters and extends to the edges of the morainal hills close to Lake Garda, lying just eight kilometers south of Peschiera. It started off as the gardens of Villa Maffei, once the headquarters of Napoleone III. Then following over forty years of loving care, Carlo Sigurtà took advantage of the water-drawing rights from the river Mincio to achieve the “prodigious” success of turning an arid hill into a flourishing and spectacular green area. Return to hotel, dinner and overnight.

Hotel breakfast and depart towards Verona, Romeo and Juliet’s town. The city’s main attractions includes Castelvecchio, Gavi Arch, Borsari Gate, Pietra Bridge and the Roman Theatre. Then you will walk to the Scaligera Arches before reaching Piazza dei Signori, Piazza delle Erbe, Juliet’s house and the world famous Arena, a Roman amphitheater dating back to 1st Century a.d.. Time at disposal for lunch. Transfer to Venice area, hotel check in. Dinner and overnight.

Breakfast at the hotel and transfer to Venice by train/boat. Meet the guide and start the guided tour of this city, considered one of the most beautiful in the whole world. Sited on a group of 118 small islands separated by canals and linked by bridges, it is located in the marshy Venetian Lagoon which stretches along the shoreline, between the Po and the Piave Rivers. Venice is renowned for the beauty of its setting, its spectacular architecture and its artworks. The city in its entirety is listed as a World Heritage Site, along with its lagoon. You will get the chance to see: St. Mark’s Square, St. Mark’s Basilica, the Doges Palace and the Bridge of Sighs that connects the Palace to the prisons. Lunch on your own and relax time to walk up and down the romantic canals crossed by narrow bridges. Return to your hotel, dinner and overnight.

Breakfast at the hotel and transfer to Venice by train/ boat. Full day at your disposal or optional excursion at the small Islands in the Venetian Lagoon: Burano and Murano, located north of the historic centre of Venice, Murano and Burano offer beautiful handicrafts that have made them famous worldwide: the first is characterized by the centuries-old glass manufacturing, the second for its sophisticated lace, not to mention the original colourful buildings. Visiting Murano and Burano will give you the most authentic and unusual side of Venice. Typical lunch in restaurant on Burano Island. Return to the center of Venice, free time. Transfer back to your hotel, dinner and overnight.

Hotel breakfast and leave for Montecatini, in the Toscana Region. Hotel check in, lunch at leisure and afternoon free to enjoy your spa hotel. Dinner and overnight.

Hotel breakfast. Full day excursion to Florence, the wonderful heart of the Renaissance, and the capital city of the Italian Region of Tuscany. Centre of medieval European trade and finance and one of the wealthiest cities of the time, Florence is considered the birthplace of the Renaissance, and has been called the Athens of the Middle Ages. A turbulent political history includes periods of ruling by the powerful Medici family, and numerous religious and republican revolutions. From 1865 to 1871 the city was also the capital of the recently established Kingdom of Italy. The historic centre attracts millions of tourists each year, and Florence is ranked as one of the most visited cities in the world. Declared a World Heritage Site by UNESCO in 1982, the city contains numerous museums and art galleries, such as the Uffizi Gallery and the Pitti Palace and still exerts an influence in the fields of art, culture and politics. Florence is also an important city in Italian fashion, being ranked within the top fifty fashion capitals of the world. On arrival, 3-hour guided tour of the city and get the chance, among others, to see the “David” sculpture by Michelangelo. Lunch on your own. In the afternoon free time to visit individually this magnific city. Late afternoon return to your hotel in Montecatini. Dinner and overnight.

Hotel breakfast and leave for Siena, driving through the beautiful region of the Chianti wine. The tradition of cultivating vines in Chianti goes back a long time in history, back to the Etruscans that inhabited the area before the Roman empire. In 1984, Chianti obtained the denomination D.O.C.G. (Denominazione d’Origi ne Controllata e Garantita, or Controlled and Guaranteed Denomination of Origin), which is the highest type of recognition for quality Italian wines. Stop for wine tasting. Travel to Siena. Lunch on your own and 2 hours guided visit of Siena, one of the most beautiful medioeval towns in Italy. Its historic centre has been declared by UNESCO a World Heritage Site. It is one of the nation’s most visited tourist attractions, and its famous for its cuisine, art, museums, medieval cityscape and the Palio, a horse race in traditional costumes. Drive to Rome, check in, dinner and overnight.

Hotel breakfast and meet with English speaking guide for a full day tour of Rome, the capital of Italy and also of the Lazio Region. Rome’s history spans more than 2500 years, since its legendary founding in 753 BC and it is referred to as “The Eternal City”. In the ancient world it was successively the capital city of the Roman Kingdom, the Roman Republic and the Roman Empire, and is regarded as one of the birthplaces of Western civilization. You will see the Fori Imperiali, the Colosseum, Constantine’s Arch, and all the other most astonishing sights of Ancient Rome. Lunch on your own. Time for a stroll in Piazza di Spagna, with worldfamous Trinità dei Monti steps, take a picture by the Trevi Fountain, Piazza Navona and, finally reach the Pantheon. Return to hotel, dinner and overnight.

Hotel breakfast. Morning visit of the Vatican Museums, originated as a group of sculptures collected by Pope Julius II (1503-1513) and placed in what today is the “Cortile Ottagono” within the museum complex. Continue your sightseeing with the visit of the Sistine Chapel, without doubt one of the greatest art treasures of all time, one of the most celebrated masterpieces in the world, with amazing frescoed ceilings by Michelangelo. It’s the last stop on the Vatican Museum tour and is the most ardently awaited moment for millions of tourists from around the world. Lunch on your own. In the afternoon time for free or optional visit of the 3 most important cathedrals in Rome: San Giovanni in Laterano, Santa Maria Maggiore and San Paolo fuori le Mura. Return to your hotel, dinner and overnight.

Hotel breakfast and transfer to the airport in time for your return flight. End of services.

Best of Italy: from Milan to Rome, Venice and Florence