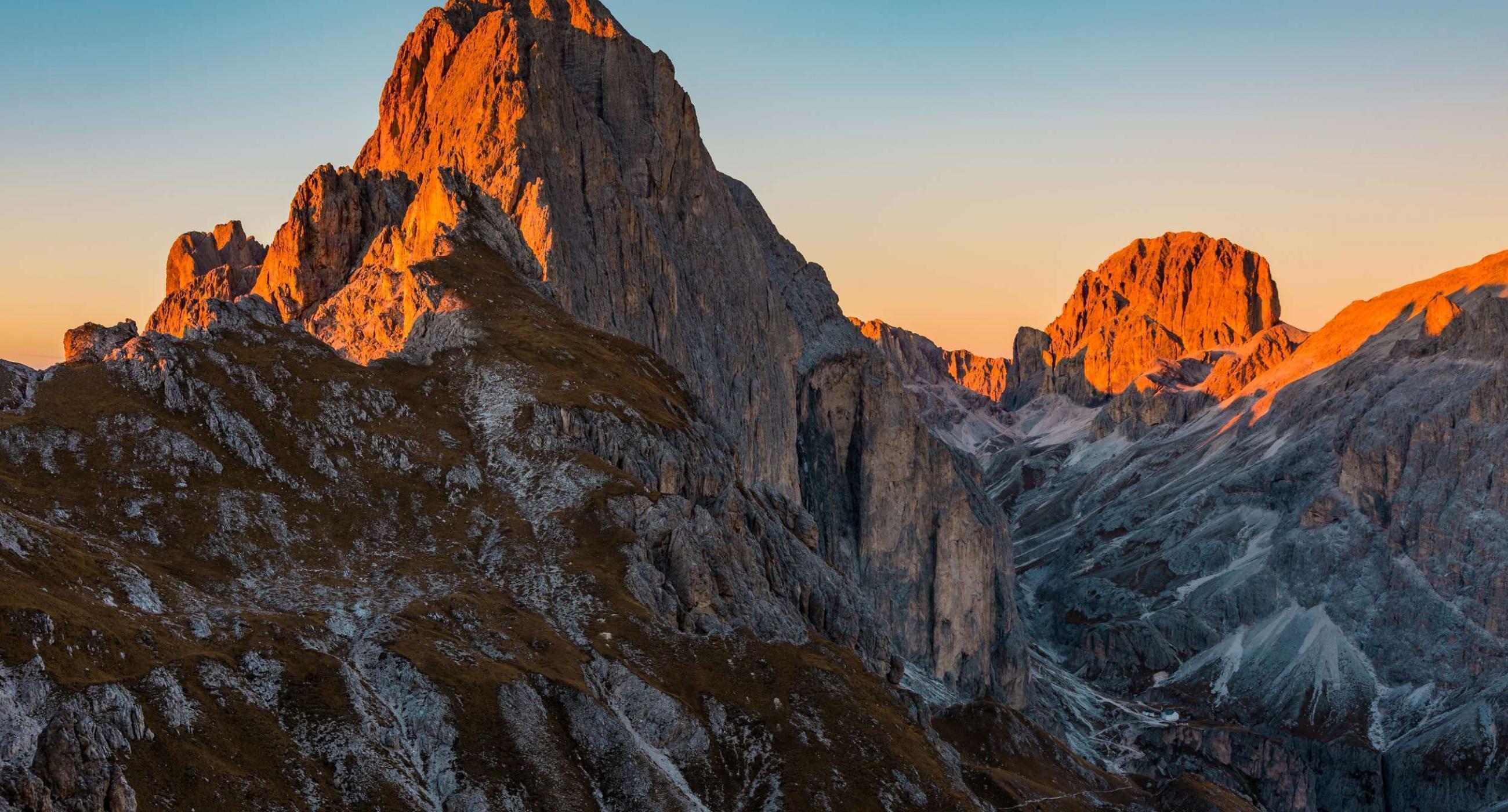 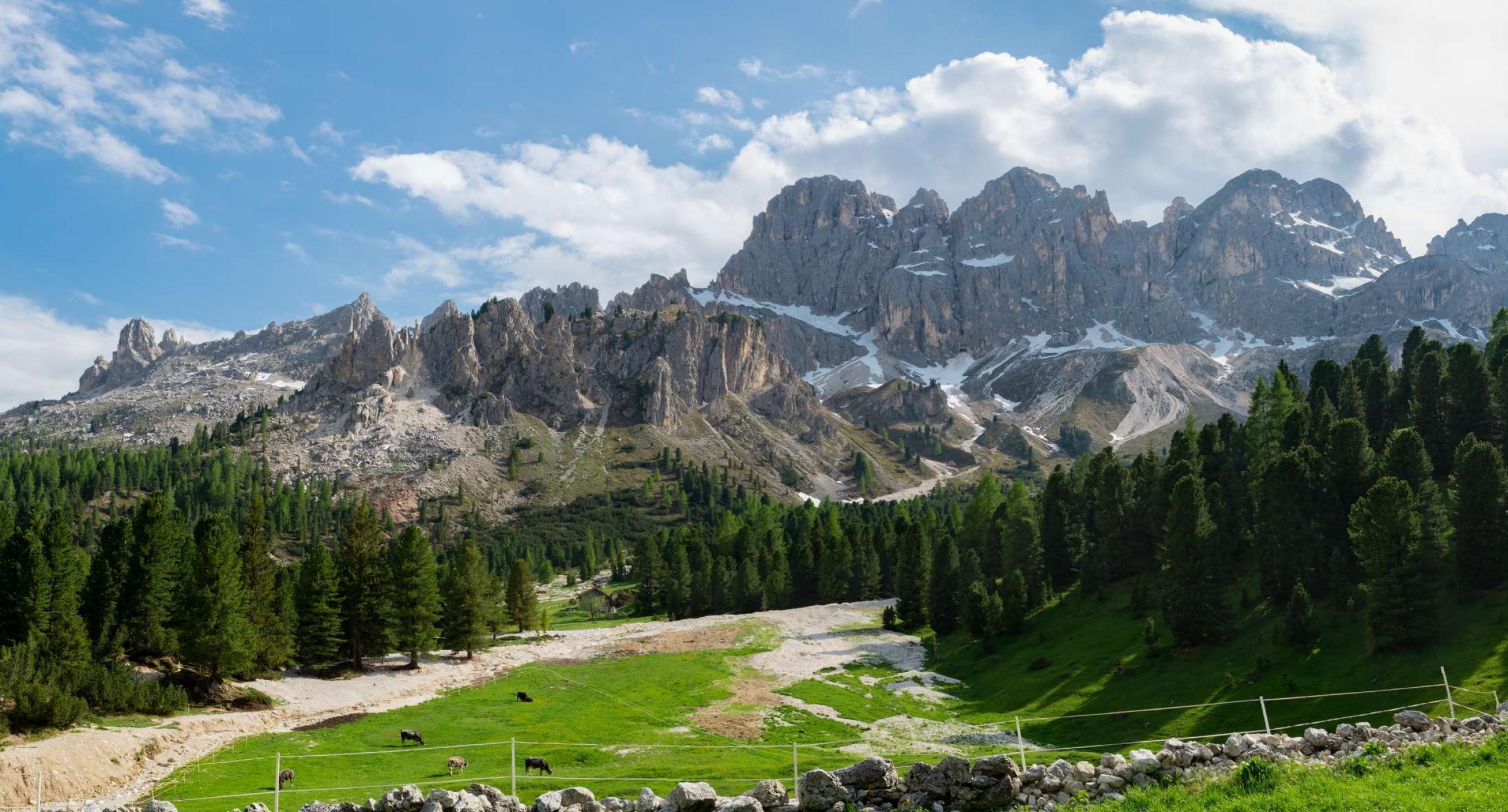 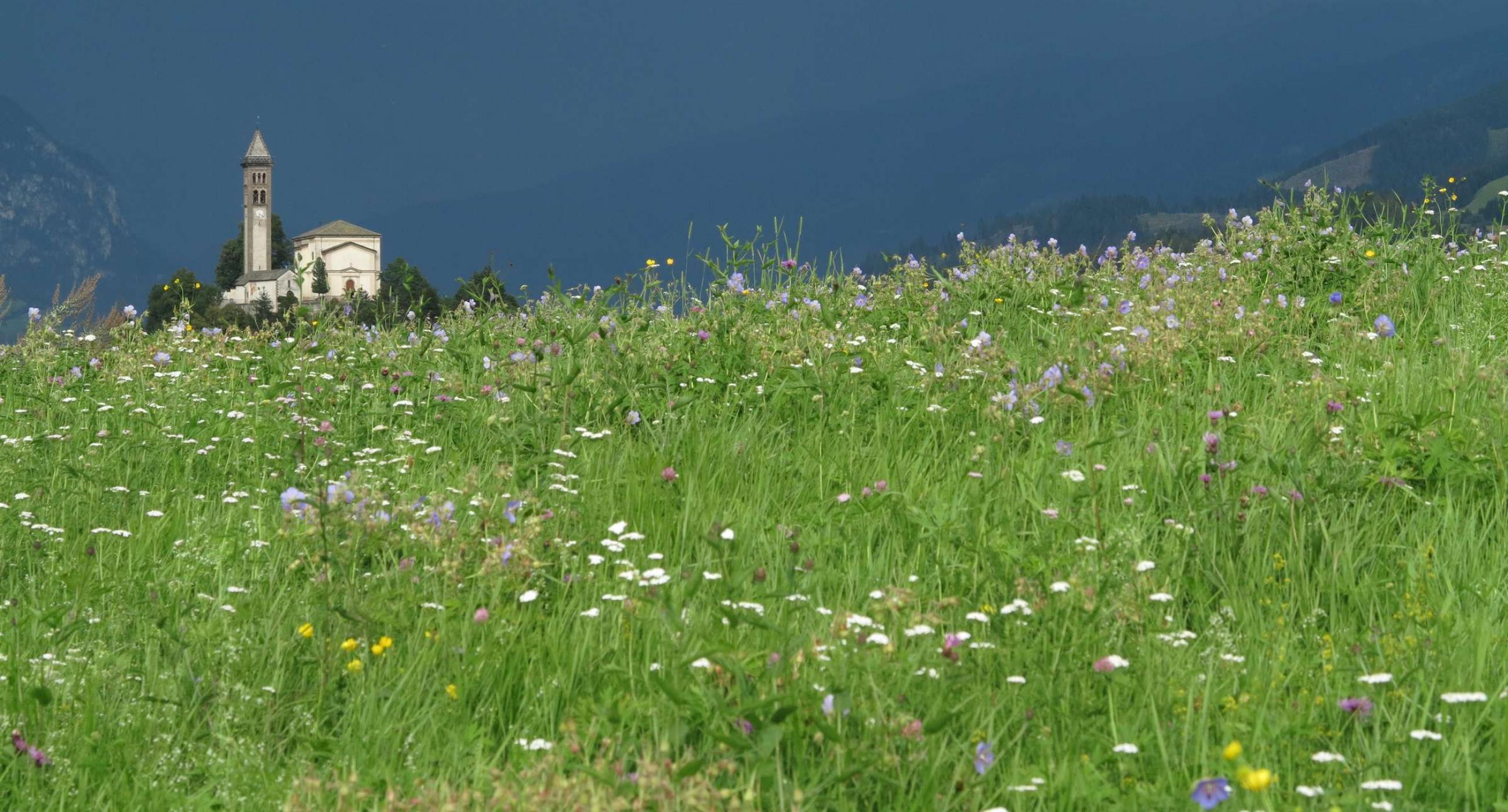 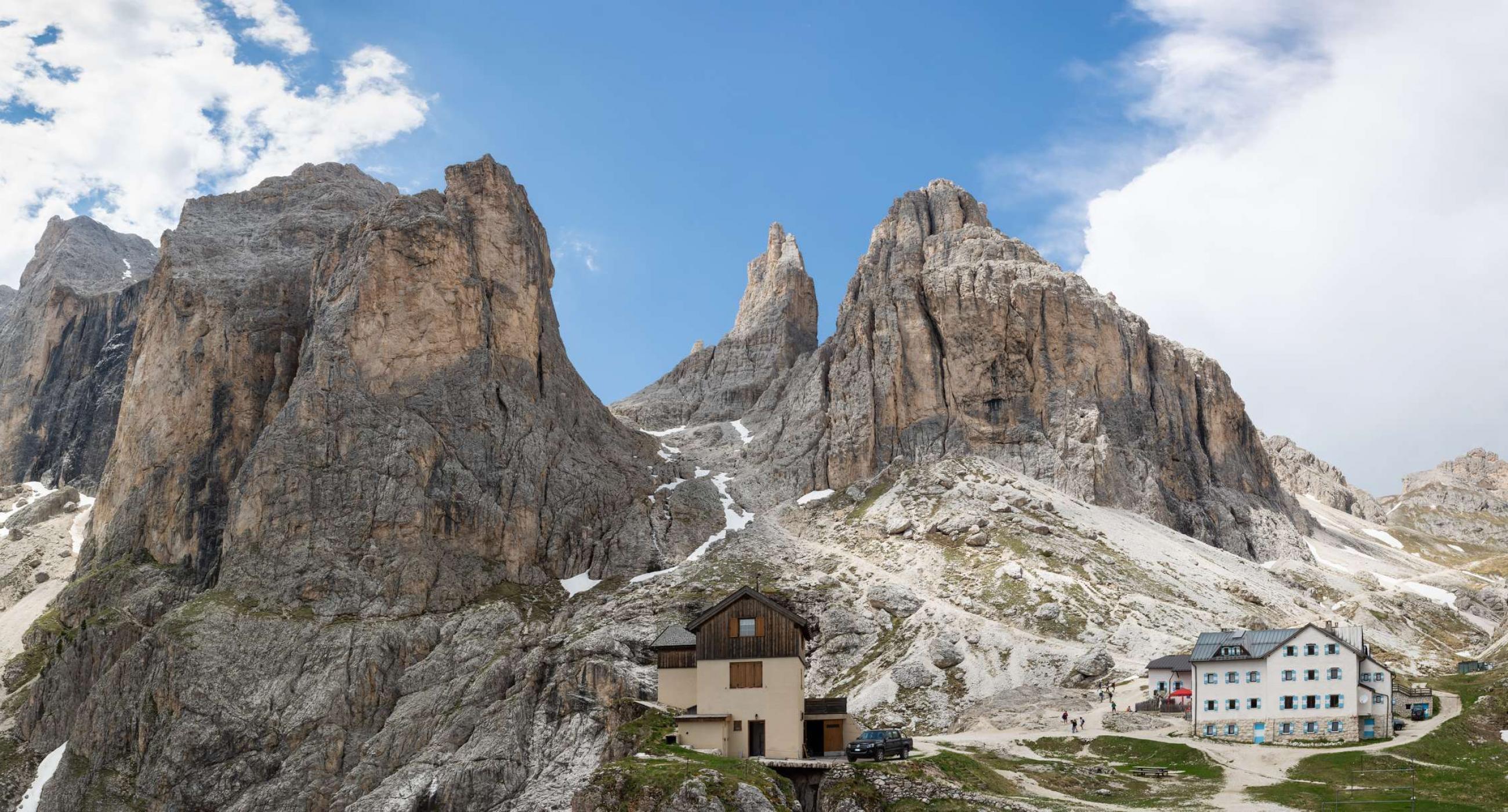 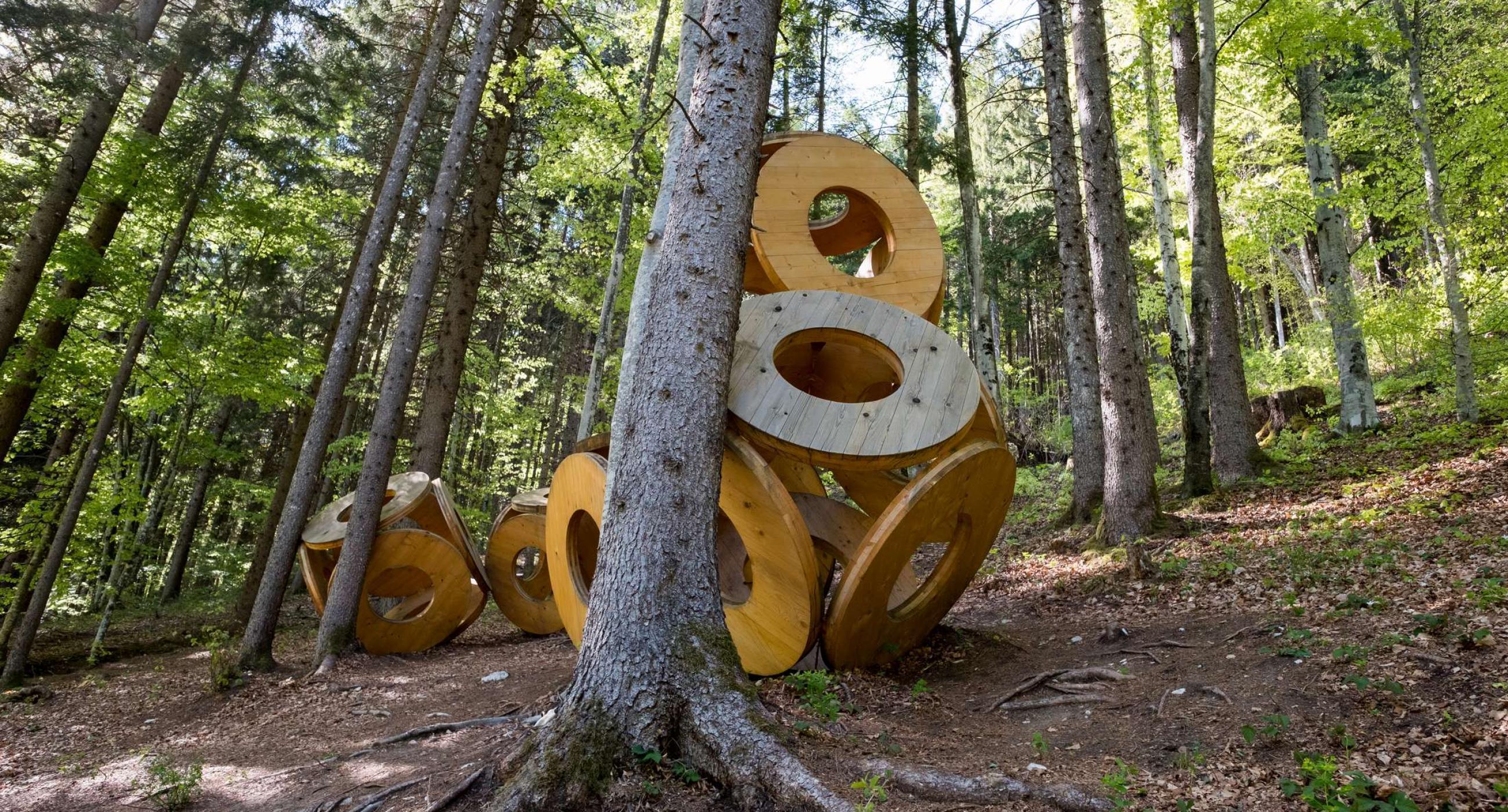 Long time ago, on the Catinaccio mountain chain – also known as Rosengarten (the rose garden)- lived King Laurin,the king of the dwarves. Among other treasures, King Laurin owned a magic belt, which allowed him to become invisible.  Thanks to the belt, he could take part at the feast  held by King of the Adige, where all the aristocrats, besides Kind LAurin, were invited. When he saw Similde, King of the Adige,’s daughter, he fell in love with her and kidnapped her, covering the mountain where he lived with a beautiful layer of red roses. Similde’s father with his knights marched to free his daughter: King Laurin faced the fight thanks to the help of his magical belt, invisible as he thought he was, but in the end he was captured because the knights recognised him by the movements of the roses. Laurin, angry at his fate, turned around and cursed the rose garden that had betrayed him: neither by day nor by night a human eye should ever see it again. But Laurin had forgotten the dusk, and so it comes that the enchanted garden still lets its blossoming roses shine for a short time: the enrosadra (the alpen glow)  is visible when the rocks of the Catinaccio Group and other Dolomite peaks are illuminated by the rising or setting sun and shine in redcolours. This tour will take us in the eastern Trentino region, among Val di FAssa and Val di Fiemme, known for the spectacular views and the great sport events.

Arrival at the the airport and welcome meeting with our speaking english assistant. Private transfer to Val di Fiemme. Stop in Trento, the capital city of the region, and meeting with your guide for the following  visit of Trento, where the Concilio di Trento took placefrom  1545 to 1563. Trento offers rather interesting monuments: St. Vigilius Cathedral on the main square, with the Late Baroque Fountain of Neptune, the Santa Maria Maggiore Church, the Buonconsiglio Castle and Torre Verde (Green Tower). Lunch at your leisure and free time in the city centre. In the afternoo, visit to a wine cellar in the surroundings, with local wine tasting. Continuation to Val di Fiemme, accommodation, dinner and overnight.

Hotel breakfast and departure to a 1.5 hour walking excursion at 2.000mt. You will meet our guide at Passo Oclini and reach Isi Hutte mountain hut, where we’ll enjoy the slow time and the beautiful view. Return to the bus and departure to Cavalese, lunch at your leisure.  In the afternoon, we will move to Castello di Fiemme, to discover the activity of farmer and beekeper; Viviana will accompany us to his farm and let us taste the several types of honeys she produces:  that one produced in the Paneveggio Park, the Rhododendron honey produced in the Lagorai chain and  many others. Return to Cavalese and free time. Dinner and overnight.

Hotel Breakfast. Departure to Vigo di Fassa, where we’ll take the cable car up to Ciampedie. Meeting with our guide and departure for a walking excursion to Gardeccia, 1.950mt.  We are in the heart of the Catinaccio, the rose garden of King Laurin, surrounded by spectacular peaks, such as the Vajolet Towers. Free time for relax and to enjoy this magnificient place. Lunch is possible at the Gardeccia mountain hut. Return to the bus and departure to Moena, in Val di Fassa, a typical alpine village. Free time and follwing return to Cavalese, dinner and overnight.

Hotel Breakfast. Departure to Val di Sella, along the panoramic Rolle pass, to admire the spectacular land art exhibition Arte Sella, where all works are three-dimensional and made by stones, leaves, branches. Continuation to Rovereto, with a stop  in Levico Terme, renowned thermal destination with a beautiful park, inaugurated more than one century ago for people coming  at the local Grand hotel. Free time and lunch at your leisure; you can relax by walking along the network of paths  in the park., admiring centuries -old caucasian trees and the Liberty –style villa, named Villa Paradiso.  Coninuation to Rovereto, continuation to Rovereto, visiting the Bell of the Fallen, also known as “Maria Dolens”. Cast with the bronze of the cannons of all the nations participating in World War I, it is the largest bell in the world to sound at full peal. Every evening at dusk, it’s 100 tolls are a testimony of world peace. Departure to the airport.